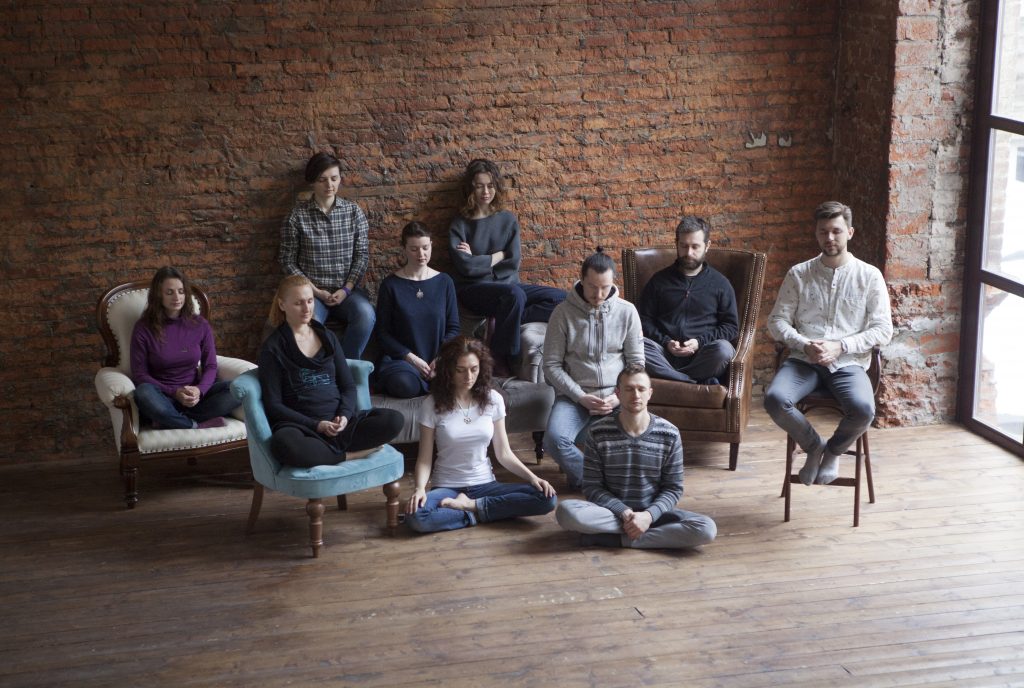 In everyone’s life there are difficult times. This is how the medieval Italian poet Dante described his experience :

At the mid-point of the path through life, I found
Myself lost in a wood so dark, the way
Ahead was blotted out. The keening sound
I still make shows how hard it is to say
How harsh and bitter that place felt to me –
Merely to think of it renews the fear –
So bad that death by only a degree
Could possibly be worse.

T.S. Eliot had a similar experience, and he wrote The Wasteland as what he later called a personal grumble against his life at that time. He ended that poem repeating the word ‘Shantih’ thrice: Shantih Shantih Shantih. A word from the Hindu Upanishads, Eliot described its closest meaning as “the peace that passeth understanding”.

I did a dissertation on Eliot’s poetry for my English degree many, many years ago. At the time I had no idea that eventually I too would find what I needed in Eastern practices and philosophy. And I’m Indian. Eliot also described the idea of the “still point of the turning world” where people are quiet and still while all around them the world whirls.

When I started meditating with a lovely group of people, the thought came that things have actually advanced since Eliot’s time. Now the world has developed so that there isn’t just one still point, but a connected matrix of still points – in a room, in a country, across the world. A community of such still points in the turning world.

There is a multiplier effect when meditating in a group. And that is one of the things that I need most – to feel that I belong in the world, with other people who feel the same way and have the same needs and inclinations. That is one of the benefits of meditation: there is a readymade community.

I am still at the early development stage. For a year or so I sat and ‘meditated’, not knowing how it should be done or what I was supposed to feel and experience. I would sit there and think about what had happened to me that day, that week, in my past. I would remember moments and times. I would be sad and occasionally happy. I would think about shopping afterwards and about my dinner. This wasn’t really meditation, but nevertheless I enjoyed it very much. In this hectic world, where we are rushed and harried, quickly moving from one activity and event to the next, it was great to have that half an hour where I could sit still and rest and let things become clear.

Sleep is meant to help us do that, but the modern world impinges on us even in our sleep, so any additional, conscious time given to this can only be beneficial.

I don’t know if the experiences I have during meditation are illusory or real. I am like Thomas the Apostle asking Jesus to show him the wounds inflicted on the Cross before he could believe. All I can conclude is that if they are illusory, then they are useful illusions which help me to live better, harming no one else. In fact it benefits them too, in a halo effect.

I think of my meditations now as voyages of exploration and healing, finding strange new, wonderful things. And this isn’t just a mental experience in my head. Now I have instant access, whenever I need it, in times of stress and difficulty at work, to an inner secret world that strengthens and stabilizes me. Such visits to my inner world tell me that this too shall pass, that things change, that I have endured this type of thing before and I shall do so again. I realize there is an eternal world that welcomes, revitalizes and invigorates me.

William Blake wrote, “Energy is Eternal Delight”. That is my mantra now in a real way. I can tap into that energy whenever I need it. As a result, my world is calmer, less histrionic and less dramatic. When I need it, I just close my eyes and experience that the heart is full of light.

Together as a group, at all our different stages in our personal journeys, in what I believe is our one and only life, we are exploring new things, and it’s exciting and marvelous.

Meditation makes us stronger, wiser, lighter and funnier. Meditation is a beneficial counterforce in this world where the pressure of commerce would exhort us to package and sell it. If we did, each and every one of us would be currency millionaires. Instead we do better and enjoy the millions of blessings we receive in meditation.

This website uses cookies to improve your experience while you navigate through the website. Out of these, the cookies that are categorized as necessary are stored on your browser as they are essential for the working of basic functionalities of the website. We also use third-party cookies that help us analyze and understand how you use this website. These cookies will be stored in your browser only with your consent. You also have the option to opt-out of these cookies. But opting out of some of these cookies may affect your browsing experience.
Necessary Always Enabled

Any cookies that may not be particularly necessary for the website to function and is used specifically to collect user personal data via analytics, ads, other embedded contents are termed as non-necessary cookies. It is mandatory to procure user consent prior to running these cookies on your website.